The following are Types of Line in Technical Drawing EXCEPT _____.

What are Belt Drives?

Belt drives are one of the drive meachnisms or transmissions employed in machines to bring about mechanical movement via power transmission.

It is important to understand that the most ideal and simplest form of transmitting mechanical power is via the rotational motion; and the belt drive proves to be very useful here.

Please read on the Concept of Motion here.

As an instance, a pepper grinder uses a drive (in the form of a belt) to propel forward its shaft.

Similarly, a sewing machine utilizes a belt (as its drive); and it can be mechanically moved via the "foot actions" of the tailor.

From the diagram, we can see that the belt drive requires a belt as its mechanism for mechanical power transmission.

Please read on Chain Drive, its Advantages and Disadvantages here.

In the drive system, the machines are driven by rotational motion through its shaft to the other parts around it.

Note: A pulley is a wheel or sets of wheel over which a belt or chain is attached in order to create a movement or motion.

The belt drives are frictional drives that transmit mechanical energy on a dry surface from one shaft to another in a pulley-like system.

For the belt drive to work properly, both sides of the shaft must be dry and separated (by some distance).

Note: Either shafts or pulleys do not necessarily need to rotate at the same speed; neither must they be of the same size.

The tension between both sides of the belt will depend heavily on the angle of contact such that the tight side is always below while the slack end stays above. (Please see the above diagram).

Think of tension as the level of tightness at which something is stretched.

Note: In belt drives, mechanical power is usually transmitted from the driving pulley to the driven pulley via a rotational motion.

Based on the fact that belt drives are used in conjunction with pulleys; some of the mechanisms that utilize belt drives include:


Types of Belt in Belt Drives

The belts used in machines utilizing the belt drive system can be of the following types: 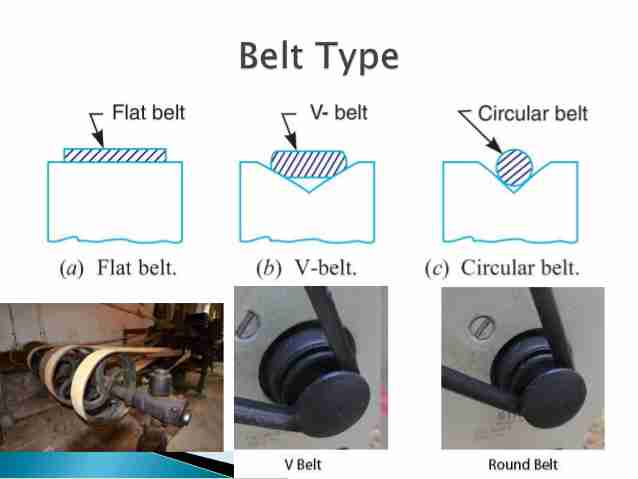 Note: Materials used in making the various kinds of belt drives include rubber, plastic, fabric, leather and other synthetic materials.

Below are the various type of belt drives that are often used alongside a pulley system: 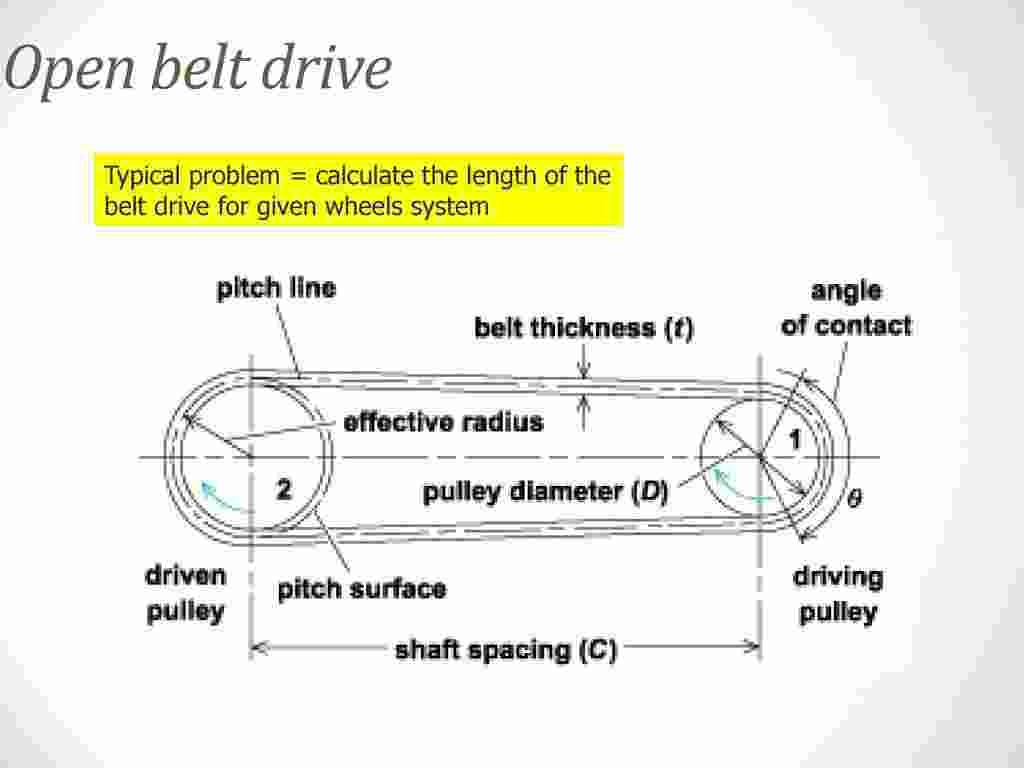 The open belt drive is used when two parallel shaft are needed to rotate in the same direction.

When the open belt drive is in used on a widely separated shaft, the upper side of the belt must be the slack side while the lower side becomes the tight side.

Note: If we made the upper side the slack side (in a separated shaft), sagging will occur and the contact arc will be increased. 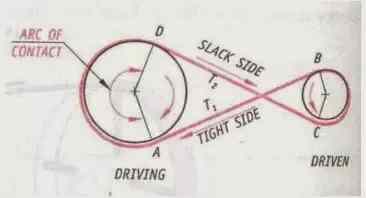 The cross belt drive is used when two parallel shaft are needed to rotate in the opposite direction.

Due to the crossing nature of this belt, the belts rub against itself at a specific junction, resulting to its wearing off and eventual damage.

Note: In order to reduce the excessive wear caused from the meeting point of the crossed belts, the shafts should be placed at an optimum distance from each other; while been operated at low speeds. 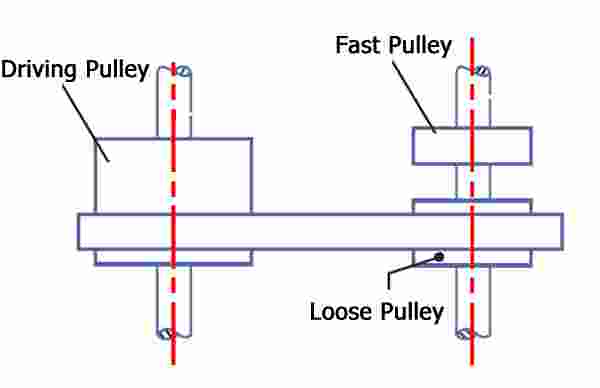 A fast and loose pulley drive is often used when the driven pulley is required to be started or stopped without creating an interference with the driving pulley.

Note: The pulley keyed to the machine shaft is referred to as the fast pulley.