Examination malpractice in Nigeria, causes and solutions Orderliness in civic education Importance of orderliness Examples of orderliness Cooperation in civic education What is honesty? Who is a dishonest person? Consequences of dishonesty Cultism: Characteristics of Cultism Cultism: Reasons why people join Cults Illiteracy: Causes of Illiteracy Responsibilities, Duties and Obligations of a Citizen What is Civic Responsibility and Who is a Citizen? Reputation: How to build a good reputation Characteristics of Democracy Cooperation - Factors that promote Cooperation Cooperation: Types of Cooperation Attributes and Benefits of Honesty Meaning and Types of Values in Civic Education Community Service and Volunteer Service - Benefits of Community Service Consequences of Cultism and Solutions to Cultism Origin of Cultism in Nigeria 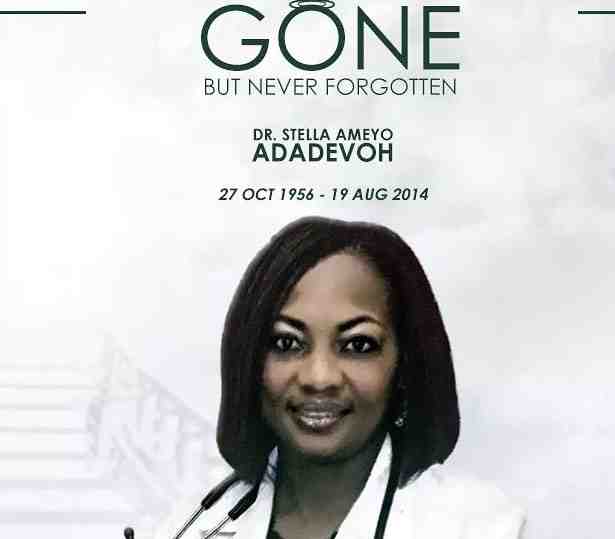 The above image shows a gallant Nigerian, Doctor Stella Ameyo Adedavoh who sacrificed her life in the act of service, during a disease outbreak in the country. What disease outbreak was this?

Which of the following is not an obligation of a citizen?

A legal process through which a citizen of one country gains citizenship into another country is termed _____.

A total estimation of a person's character and quality especially by those who know such person is termed _____.

The following factors will promote cooperation except _____.

Which of the following is not a benefit of honesty?

The attribute of honesty whereby a person is truthful, open and upright in whatever he or she does is termed _____.

Which of the following statement is incorrect regarding community service?

The popular term democracy originated from the fusion of two Greek words. These are 'demos' which means people and 'kratia' meaning government or rule.

According to Abraham Lincoln, the 16th American president, he expressed democracy in words that have become its popular definition to this day: He described it as government of the people, by the people and for the people.

Please read on the types of democracy here.


Democracy is one of the forms of government and it allows the people to choose their leaders.

If the democratically elected leaders are failing in their responsibility, democracy also permits that such leaders can be rejected by the people. This is true because the power to choose and reject the leaders is vested on the people in a democratized society.

With the popular notion that the power to choose various leaders and those vying for political offices are vested in the hands of the people, democracy has shown the following characteristics or features as explained below:

It is the supremacy of the constitution that permits for the removal of a democratically elected official. Such official (even if he or she is the president of a nation) may be made to face trial at a law court if certain sections of the constitution had been violated.


Supremacy of the constitution is a very important feature of democracy. For this reason, it gives rise to the popular phrase: 'No one is above the law'.

However, understand that where there is the presence of massive corruption in a country, constitutional supremacy can become ineffective or dysfunctional.

Please read on gender equality and ways to achieve it here.

2. Rule of the Majority

The process of a free and fair election is the most important tool in which democracy utilizes in determining the rule of the majority. This implies that majority of the people will determine the political positions of electoral candidates (for instance; the presidential and gubernatorial candidates) through their respective vote.

It is noteworthy to state that without the vote of a majority of the people, one cannot be a politically elected officer in a democratized society.

This is one of the fundamental human rights and democracy permits for its realization. In this regard, the freedom of expression empowers the media and the general public to report various activities of the government.

Unfortunately, we have seen how policemen and soldiers shot at peaceful protesting citizens at a pointblank range without any form of trial and conviction. An instance of this evil act occurred in the EndSars campaign which took place in Lekki, Lagos on October 20, 2020. However, such unconstitutional act was brought to light through the social media, all thanks to democracy.


Note: The absence of democracy may result to a ban on mass media from reporting issues (especially the negatives of the incumbent government); be it on the radio, television or the internet at large. This typically happens in a military or dictatorship form of government.

Please read on the forms of government here.

In democracy, every citizen has the right to vote and be voted for. Also, there is the principle of 'one man, one vote' to further express political equality.

If one thinks he or she has what it takes to bring about a positive change in the society (at any political level), they can register with a political party, or form a new political party. Such person(s) will be voted into power in a free and fair election if majority of the people entrust him or her with their votes.

Therefore, we should should not disenfranchise ourselves by not utilizing either or both of our democratic rights; that is, right to vote and be voted for.

As an instance, the executive arm of government (comprising the president, vice presidents, and ministers amongst others) must be checked by the legislative and judiciary arms of governments respectively. To this end, the president may be impeached by the upper and lower houses (legislators) if he or she is found guilty of breaking some important rule of law.


The arms or branches of government are:

Please read on the arms of government here.

One of the meanings of the word sovereignty is 'to be in control'. Popular sovereignty in democracy imply that the vote of the people have absolute control over any government decision.

Meanwhile, recall that the main goal of democracy is the freedom to choose who governs, and this ultimately rests on the people. For this reason, the vote of the majority is considered to be popular and sovereign.

You can read on the sovereignty of God here.

In a democratic system, political parties are established and they house the political aspirants.

Ideally, we should have two or more political parties so that the people can optimally vote in their preferred candidates through their respective parties.

In Nigeria, the 'All Progressive Congress' (APC) and 'Peoples Democratic Party' (PDP) are the two major opposition parties as at 2019.


United States of America have got the Democratic Party and the Republicans as the two strongest opposition parties. Apart from these two, three other thriving parties are the:

Each citizen of a nation is entitled to his or her fundamental human rights. These rights are often spelt out in the constitution of a nation. However, an important feature of democracy is the respect for these rights.

Some of the fundamental human rights of every citizen include:

In democracy, the law of the land must rule above everyone, even the president of the country. To this end, no one is above the rule of law in a democratic society.

This rule of law is supreme. In this regard, it gives rise to equality, equity and justice which are often visible in a democratized society.

You can read on the attributes of citizens and residents here.

Cooperation can be defined as the process of coming together, working together and helping one another to achieve a common goal

According to A.W Green

According to F.E Merrill

Cooperation is a form of social interaction wherein two or more persons work together to gain a common end.

There is this saying from the chairman of Microsoft concerning cooperation; and it goes thus:

Please read the details on the types of cooperation here

All human beings are entitled to their rights (human rights); but the truth is, we still have got limitations to some of these rights of ours. Below are 4 limitations: