A person employed by an organization to carry out the everyday duties of a typical office, and at the same time perform a couple of other functions for their company which may vary from one company to another, is termed a _____. 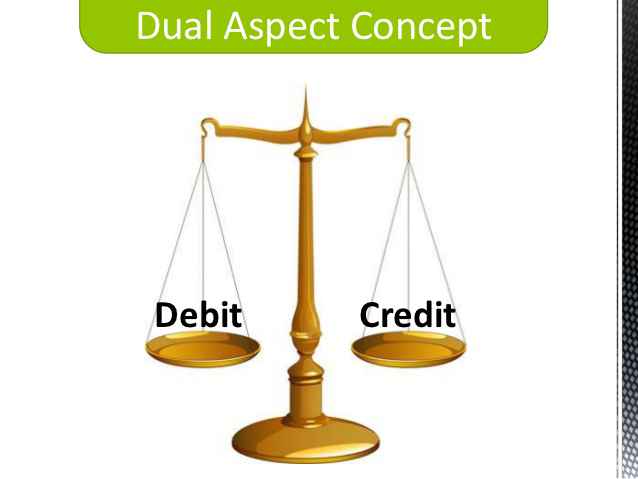 The above image best describes the _____.

An accounting system focused primarily on a balanced debit and credit side is termed _____.

With regards to money, which of the following statement is incorrect?

Which of the following statement is wrong with regards to business?

Consumer _____ are the laws and methods put in place by various agencies so that consumers can enjoy maximum satisfaction on the goods they buy and services rendered to them.

Which of the following is not a characteristics of business?

Which of the following is not a Right of Consumer Protection?

They say after God comes money. You may also have heard the saying:

Money makes the world go round.

Please read on the sovereignty of God here.

Money is very important for the survival of every human being. Every institution, including churches, mosques and orphanages require money to function. Many innocent children have died due to the lack of money. On the other hand, people become all sort of things (thives, beggars, prostitutes, cyber criminals and so on) all for the sake of money. This is so because with money, you can have and do almost everything.


By definition, money is anything of value that is generally accepted as a medium of exchange.


Of course, money is very good; but regardless, it may become the root of evil to some people. For this reason, it has got numerous advantages and disadvantages.

You can read on the advantages and disadvantages of black market here.


In this article, we will discuss on some of the disadvantages (or demerits) of money.

Below are the disadvantages of money alongside their respective explanations:


According to the holy book:

The love of money is the root of all evil.

We have heard people kill their biological parents for the sake of money (to be used for money rituals).

Criminals and assassins kill for money. Everyday, millions of people die because of this very subject 'money'. I have once heard a young boy (below the age of 18) say:

Before I get to age 40, I will be a millionaire by any means necessary.

Please read on the attributes and benefits of honesty here.

Some of the children from poor families die from common diseases like malaria, typhoid and cholera; and the lack of money may be attributed to this.

Please read on the importance of immunization here.

Please let's use our money to assist in stopping some of these preventable deaths.

Monopoly is said to exist when the concentration of money and wealth are in the hands of very few persons.

When monopoly is prevalent in a society, a lot of workers will become exploited. They will work so hard and receive very little in return, which is not commiserate with the job they had done. This is true because such workers may have no alternative means of better income.

You can read on the law of supply here.

The instincts of survival may also suggest that some of the poor in the society will steal from the few rich if they had the opportunity.

An excess of money may bring about insecurity in some people. Such people cannot live in crowded areas or ghettos. Everywhere they go, they move with security personnel and escorts. Even their children cannot attend public schools for the fear of being kidnapped; and this is one reason why they send them abroad to school.

With regards to insecurity, going to the market and other crowded places has now become a herculean task for some of the rich and wealthy, especially in developing countries where there is a wide margin between the rich and poor.

Please read on the functions of government here.

Friendship and trust have been betrayed because of money. Some rich men would rather not associate themselves with poor people because they wrongly believe such friendship have nothing to offer.

Money have proven to be a major reason why men and women cheat in relationships. This singular act has brought about betrayal, pain, hurt and emotional trauma in numerous relationships.

Please read on the factors the may lead to failed marriages here.

In our world today, money is a key factor that has made best friends become bitter enemies.

In an economy where an excess of money is in circulation, inflation is bound to happen.

Inflation may be defined as a rise in the price level of goods and services.

Inflation will adversely affect the poor since the cost of basic human resources like food, clothing and shelter would have gone up. The rich become richer while the poor become poorer in a capitalist economy.

Sometimes, when money becomes excessive in the hands of some persons, they become overwhelmed and begin to act carelessly. For instance, a person may reserve a very expensive hotel room for one year; only to end up using the room for less that 14 days within that year.

Some may own hundreds of very expensive cars and end up not riding some of these.

Note: I am not saying having houses or owning cars are bad, what I am saying is: 'we should endeavor to be prudent with money; while using the excess to help or give back to the society'.

You can read on the leadership qualities of Joseph that has transformed lives here.

In countries with low level of corruption and a perfectly working tax system; the misuse of money will be reduced.

Some people who are very wealthy may no longer care about their extended family and friends. As a result they distance themselves and block every form of communication. One of the reasons for which they do this is to avoid the frequent responsibility of solving their family's financial issues.

I will encourage the rich to empower their family members as much as they can.

Money should not be doing this, but unfortunately, it is. The fact that there is a dividing line between the rich and the poor is an attribute of money.

You can read on the various forms of government here.

In some states within in a country, there is this division into the rich zone and the poor zone. For instance, here in Lagos Nigeria, If one resides on the island (that is, Banana Island, Victoria Island, Lekki, Ikoyi and so on), they will generally be considered as big and rich.

Conversely, if one resides somewhere in Mushin or Ajegunle (still within Lagos), people are likely to consider them as just average or even poor.

Please read on the rights of residents and citizens here.

We have seen and heard on numerous occasions where the rich oppresses the poor and get away with it. (This is why the tax collectors were not loved in the bible).

Some of the rich may higher thugs or utilize the police to achieve their aims.

Sometimes, we may have the rich in political offices who steal a lot of money, bribe their way through the justice system and eventually get away with it. On the contrary, if a poor man is caught stealing, he faces the full wrath of the law; and in some unfortunate cases, jungle justice may be immediately carried on him.

Please read more on the meaning and objectives of social studies here.

Underemployment is said to occur when a person earns a pay that isn't commensurate with the job that had been done.

An instance of underemployment is seen when a man does the job of a gate-man, cleaner, washer-man and messenger; only to get a monthly pay of N15,000.

Note: In the above instance, the man will likely end up doing the job regardless the pay because he probably has a family whom he must fend for.

The above instance is really bad and some will argue that it is somewhat worse than unemployment. Others may term it a timed bomb waiting to explode.

Please read on the concept of illiteracy here.

Let us always remember that money is a tool that's meant to be controlled. Money becomes utilized when we control it's use via making the right decisions with it (and not the other way around).

You can read on scale of preference and opportunity cost here.

Meanwhile, understand that the advantages of money are far more numerous when compared to it's disadvantages.

If proper regulation of monetary distribution, policy and tax are put in place within a state or country, it's economy will flourish and the gap between the rich and the poor will be reduced.

You can read more on values here.


Please let's always endeavor to help the poor and needy in our midst as much as we can.

Consumer protection refers to the ways or methods through which consumers enjoy maximum satisfaction from the goods they buy and services rendered to them.

One of the responsibilities of the government of every nation is to set up agencies or organizations that will protect the interest of the consumers and invariably, the people.

Below are some of the government agencies of consumer protection:

Please read on the government agencies of consumer protection here