Which of the following is not a characteristics of democracy?

The following are functions of government except _____.

Government may be defined as an agency or machinery or instrument that is established to manage the general welfare of the people that make up a country.

In the above statement, government is defined _____.

Concept of a Multi-Party System:

Unlike the two-party system whereby only two parties dominate the political landscape, the multi-party system presents a scenerio whereby other parties (outside the two main party) stand a chance to win a major political office during an election. In short, multiple political parties have the capacity to gain political power; thus controlling government offices, either in coalition or independently.

Please read on Multi-Party System explained with its Characteristics here.

The image below shows some of the symbols of political parties present within Nigeria. 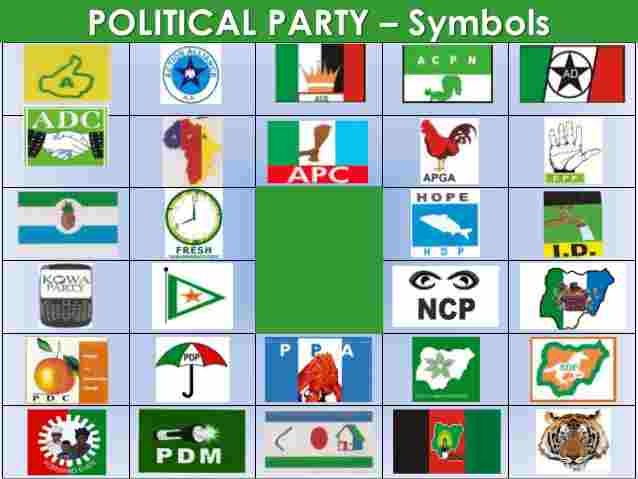 You can read on various Nigerian Acronyms and their Meanings here.

Please read on the Concept of Party System here.

Advantages of a Multi-Party System

Abraham Lincoln, the 16th president of the United States of America was a professional wrestler before he assumed the office of the American President. Interesting, he was only defeated once in his wrestling career

Below are some qualities or characteristics of a constitution:

You can read on the types of constitution here.

Dictatorship is one of the forms of government. It can exist either as:

In 1966, Major General Johnson Aguiyi Ironsi became the first military Head of State in Nigeria after he overthrew a democratic and constitutional government (headed by the prime minister; Alhaji Sir Abubakar Tafawa Balewa)

The above instance is a military form of dictatorship.

You can read more on dictatorship here