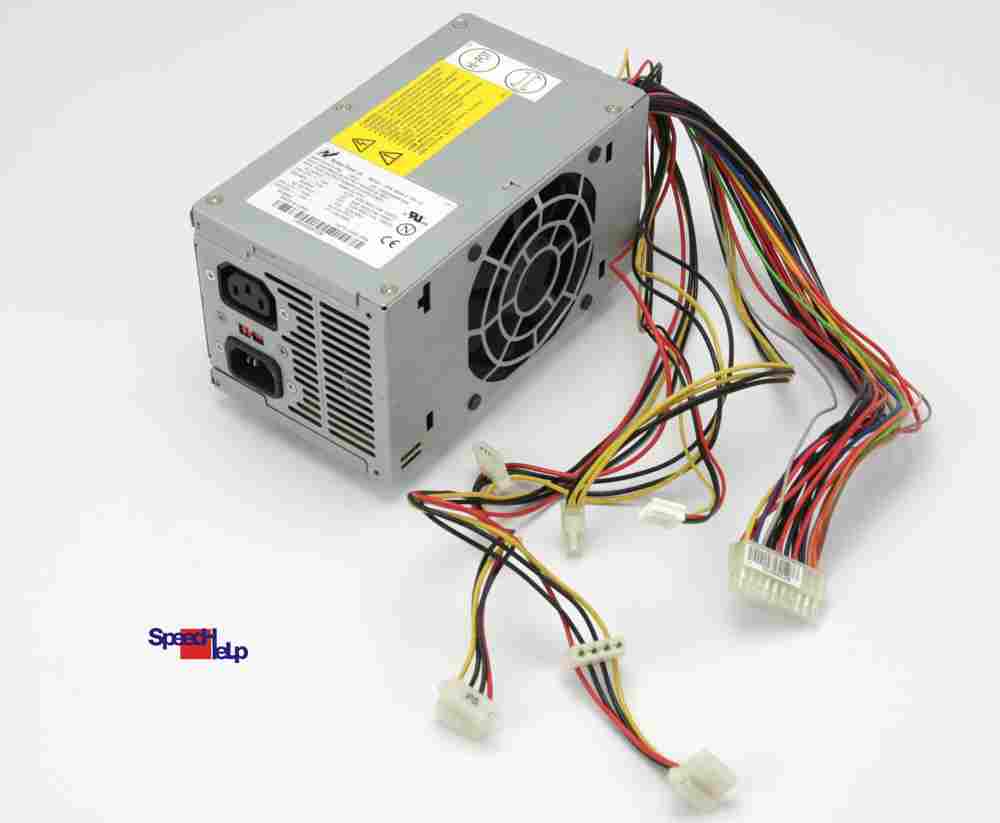 One of the ways to classify computer networks will be on the basis of geographical size.

A computer network can be so small that it will require only two computers in which one acts as the client and the other as server. An instance of this small network is one created through bluetooth on two phones.

Conversely, a computer network can be so large that it spans the entire globe. This type of network will comprise billions of connected computers that interact with one another. For instance, you are reading this article which had been sent from a computer (server) which may have its location somewhere in another continent. Meanwhile, understand that you are connected to this server through a network from your service provider. As a matter of fact, this is what the internet entails.


Below are types of computer networks based on geographical size:

Personal Area Network is a network consisting of few computers interacting with one another; and are typically within a range of 10 meters.

As the name implies , PAN is created for our personal use which could be in our homes or offices. For instance, your home may comprise of a Personal Area Network where your laptops, phones, console games like Play Station / X Box, television and refrigerator are all connected. 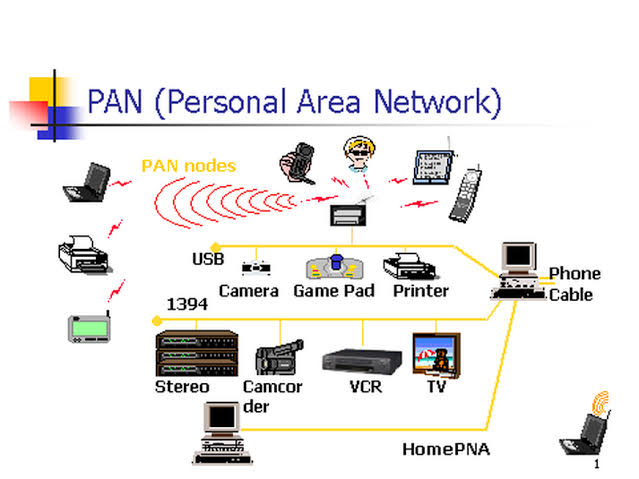 You can read on the internet of things here.

Personal Area Network is a small network with a maximum range of about 30 meters. Understand that networks created by Bluetooth, WiFi, infrared, xender and other similar applications are all PANs.

It is noteworthy to state that the term SOHO stands for Small Office Home Office. SOHO networks are often connected via a PAN.

Note: Personal Area Network can be created via a wireless or a wired media. For this reason, PAN is of two types. These are:

Take for instance, banks and corporate buildings will usually have a LAN which must be controlled and protected by the Information Technology (IT) department present within the organizations. This will also mean that each branch of a bank will have its respective LAN managed by the IT department within such branch. This is shown in the image below: 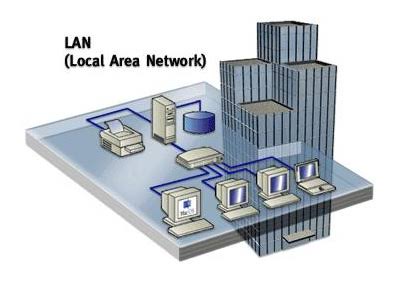 In another instance, if we have a building which has four different companies within it; with each company having its separate network (that is, computers and intermediary devices connected appropriately), then each company within the building will be considered to have its respective LAN. In summary, we can therefore state that the specific building has four Local Area Networks within it.

A Local Area Network is dedicated to a building with its own administrative control. This is true if the building comprise of one organization only.

Always understand that the LAN remains local to an organization (or each organizations) within a building. Also, network security and speed are paramount within a LAN.

Cables, routers and switches are used to create the LAN network. The cables utilized can be copper twisted pair cable or coaxial cable. It is noteworthy to state that fibre optic cables aren't typically used in creating LANs, rather they are utilized in Wide Area Networks (WAN).

As the name implies, a Campus Area Network will typically span over a campus, an educational institution or a large college system.

A CAN connects the different departments within the campus. Also, students may also be connected to the CAN through a secure channel. 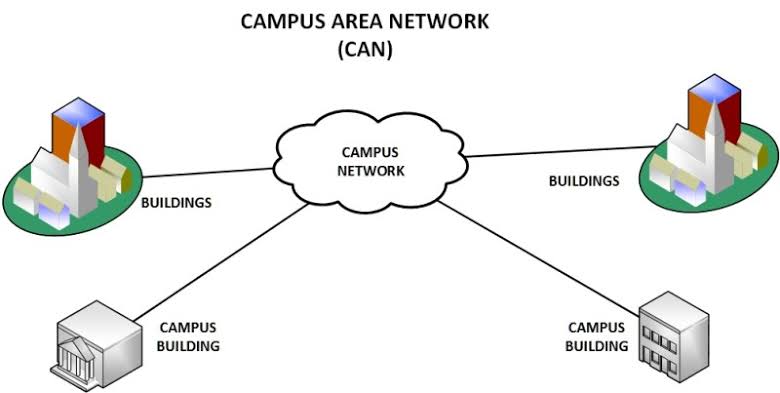 You can read on application layer of the OSI model here.

An instance of a MAN is seen when a bank has numerous branches in a metropolis or city, with all branches connecting to the headquarter (HQ) present within the same city. In this instance, the network connecting the branches to its headquarters within that metropolis (or city) is termed a Metropolitan Area Network. 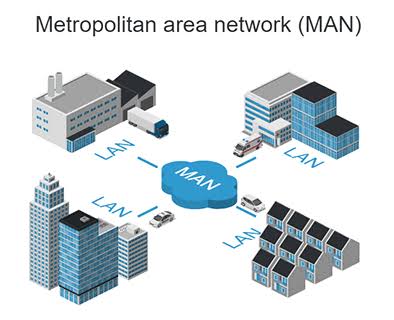 Also, the military forces within a state can also make use of MAN for their network communications.

Please read on some top programming languages to learn here.

A Wide Area Network is much larger than all the aforementioned types of network. The internet itself is classified as a WAN.

The WAN spans over a large area and even the entire globe through some advance technologies that utilizes high speed routers and switches, cellular networks, satellite links and fibre optic cables that can run between continents. 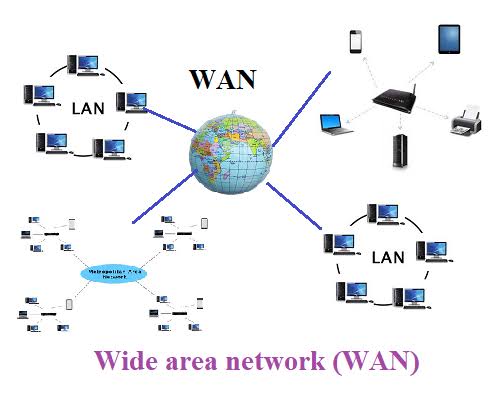 Please read on the internet and world wide web here.

Your service provider will often charge you for data which will be used to access the WAN. The WAN enables you access information from other computers (called servers) scattered around the world.

Note: Apart from the geographical classification of network, computer networks can also be classified based on its design.

The two main form of networks based on designs are:

Functions of a router:

Please read on types and functions of router here