Mixtures and Separation of Mixtures - part 2

Recall that a mixture is made up of two or more substances physically combined.

In this article we will continue from where we previously stopped. In case you wish to read the Part one of this topic; it's present here.

Centrifugation involves the use of a device called centrifuge to separate the lighter portions of a mixture from the denser portions through the spinning action of the centrifuge.

Note: Blood is a mixture and its components can be separated via centrifugation.

Blood is considered a mixture because it is composed of liquid plasma and solid cells.

Below is an image of separated blood components via the process of centrifugation. 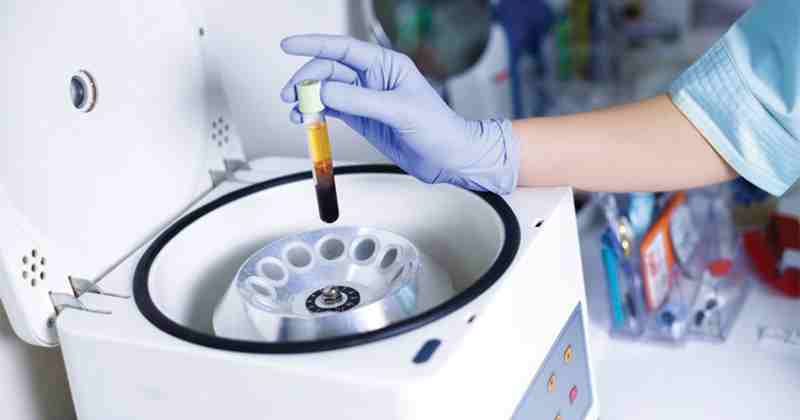 Using the above diagram as a reference, the test tubes containing the blood are inserted into the centrifuge.

The centrifuge begins to spin/rotate when it's switched on; and this is allowed to continue for about 5 to 10 minutes.

On bringing out the test tubes from the centrifuge, two different layers will be observed. These are:

Next, the plasma can then be carefully decanted from the test tube. (Please see sedimentation and decantation in the part 1 of this article).

Below are some of the types of centrifugation:

Matter exists in 4 states. These are:

Please read more on the States of Matter here.

On heating a solid, it changes to liquid. If we continue heating, the liquid will eventually change to gas. This is the usual sequence.

However, in sublimation, the heated solid does not pass through the liquid phase; instead, it changes to gas directly.

Sublimation can be defined as a process whereby a heated solid changes directly to gas without passing through the liquid phase.

A sublimate is a substance that changes directly from solid to gas or from gas to solid.

Such solids are said to sublime.

The diagram below shows sublimation via a solid that sublimes. (Ammonium Chloride or NH4Cl): 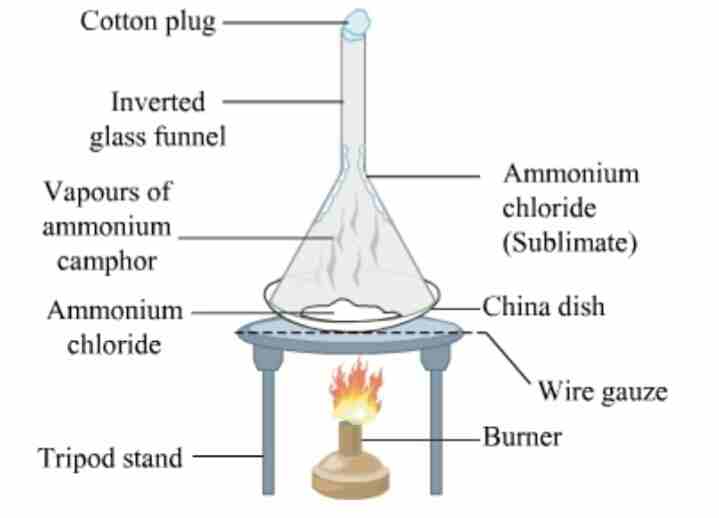 Examples of solids that sublime are:

Sublimation is used to separate two salts (or solids) in which one sublimes and the other does not.

An an instance, a mixture of common salt (NaCl) and iodine crystals (I) can be separated via sublimation.

On heating, NaCl remains in the heated dish or container while the iodine crystals sublimes; (that is; it changes into a gas and may be collected afterwards as the sublimate).

Please read on Salts and Types of Salt here.

Distillation is a technique used to separate two or more miscible liquid that have different boiling points.

Note: The boiling points of the different liquids are not usually at a close range.

Think of miscible liquids as two or more liquids that can dissolve in each other (or one another).

The mixture of water and ethanol is a typical example of a mixture that can be separated via distillation. This is so because they are both miscible and have different boiling points.

The mixture of water and acetone are also miscible and can be separated via distillation.

The image below shows the separation of water and ethanol via distillation: 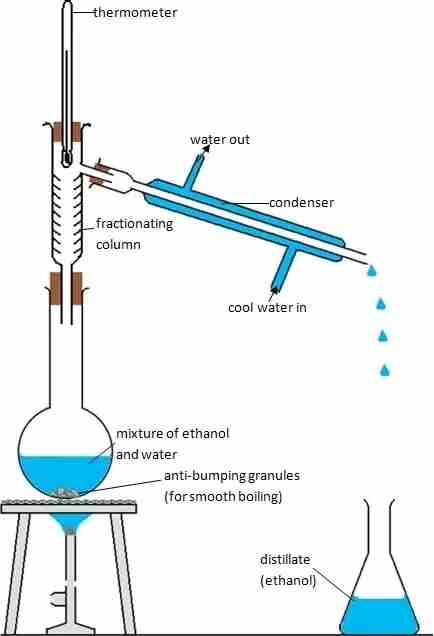 Think of a distillate as a liquid collected from the process of distillation after it has been passed through a condenser.

Distillation can also be used to:

Please read on the Separation of Mixtures - Part 3 here.