Herbert Samuel Badmus Macaulay is a Nigerian born to the family of Thomas Babington Macaulay on the 14th day of November, 1864.

Some would argue that his parents were from Sierra Leone but ideally, they were Nigerians who were captured and made to live in Sierra Leone. They eventually returned back to Nigeria where Herbert Macaulay was born.

His father, Thomas Babington Macaulay is the founder of CMS Grammar School, Lagos Island in 1859; and this happens to be the first secondary school in Nigeria.

Herbert Macaulay’s Mother, Abigail Crowther was the second daughter of Bishop Ajayi Crowther, who was a prominent Lagos missionary and the first Bishop of the Niger region.

Although his families were devout Anglicans, Herbert Macaulay would rather choose to be a different person. 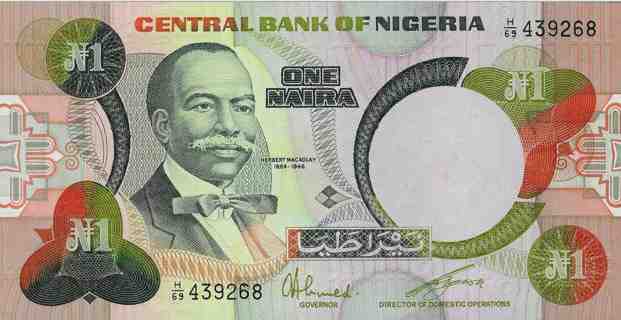 Herbert Macaulay began his early education in 1869 where he attended St. Paul’s Breadfruit School and CMS Faji School, Lagos Island. At the secondary level of his education, he attended CMS Grammar School from 1877 through 1880.

After his secondary education and the loss of his father to smallpox on January 17th 1878, he started work as an assistant clerk under the public works department at Lagos in 1881; although he was also a musician and a violin player.

In 1890, he travelled to Plymouth, England to further his education as a result of scholarship which he got from the British Government.

There in Plymouth, Herbert studied civil engineering and also became a graduate of the Royal Institutes of British Architects, London.

Herbert Macaulay departed England for Nigeria in 1893 during which he was appointed as the surveyor of Crown Lands under the British rule. After gaining promotion on this job (as land inspector) in 1898, he resigned from his office as a result of his dislike to the way the British ruled over Lagos.

He once made the statement directed to the British colonial masters and it read thus:

Racial discrimination against indigenous civil servants by the European elite.

Although before his resignation, he was accused by a woman, Kristin Mann to have abused his office and manipulated activities for his own personal benefit.

Macaulay on his part was quite controversial with the way he goes about his activities.

He was likely a member of Ifa priests and the Association of Babalawos (AoB) of Lagos.

Please read on the Summary of the gods are not to blame here.

Macaulay began his own personal business in Lagos but was unsuccessful due to financial constraints.

His controversial behavior made him live behind bars (imprisoned) for two years during this time because he was guilty of defrauding a family dependent.

As a result, he became automatically barred from running for any public office under the British rule since he was already an ex-convict.

After his release from prison, he co-founded the Lagos Daily Times newspaper.

Due to his popularity and personality as a socialite in Lagos Island, he used his connections to obtain classified information from the minutes of the British colonial government meeting; and would expose all of it in the Nigerian Daily Times newspaper.

Note: He was able to gain access to this information leak because the British colonial masters also lived in Lagos Island, which was a region for the elite.

Macaulay wrote many articles which were critical to how the British ran the affairs of Lagos. Some of his criticism fell under the following headings:

Please read about Mary Slessor, the woman who stopped the killing of twins here. 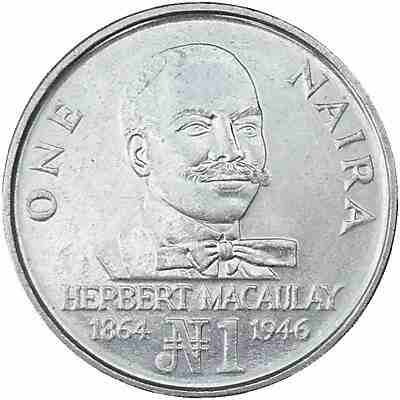 Note: Through Macaulay's actions and writings, he began his era as a political activist.

He brought together the Oba of Lagos and other Chiefs to oppose some of the colonial policies. The controversial Macaulay, an activist by now; would become the leader of the water rate riots in 1915. He also led the agitation against colonial plans for land reforms.

The British colonial masters would attempt to defend themselves by making a governance statement to the indigenes which reads thus:

We govern with the true interest of the natives at heart.

Meanwhile, Macaulay will continue to use his writing skills against the colonial government so that the indigenes could understand the happenings across their land. In fact, in reaction to the governance statement made by the British masters, Macaulay wrote:

The dimensions of the true interests of the natives at heart are algebraically equal to the length, breadth and depth of the whiteman’s pocket.

He successfully defended his course by exposing the colonial corruption in the way and manner they handled the railway finances. He also successfully made an argument for the indigenous chiefs who were underpaid for their land by the colonial master in front of the Privy Council in London.

As a result of his legal victory in a foreign soil, the British colonial government was forced to pay compensation by the Privy Council to the indigenous chiefs.

Macaulay also defended the power and authority of Oba Eleko as the rightful king of Lagos. This was indeed an embarrassment to the British colonial masters, since they had already taken over Lagos at the expense of the legitimate King.

Macaulay would once again be put into prison for six months; and with hard labour (without any option for a fine) on account of his publication of an attempt to assassinate the exiled Eleko of Lagos. His publication stated thus:

The exiled Eleko of Lagos’s vehicle would be blown up by the British government on his return.

This publication of his (Macaulay) was clearly frowned at by the British government because they perceived it to be a devastating lie.

All of these events would make Herbert Macaulay very popular in Nigeria and he seized the opportunity to put up the first political party in Nigeria which is the “Nigerian National Democratic Party (NNDP)”.

Just before he formed the NNDP, a new Nigerian constitution had already been introduced in 1922 and it provided for limited electoral positions in Lagos and Calabar.

Please read on the Meaning, Types, and Importance of Constitution here.

NNDP, whose motto was “the safety of the people is the greatest law” won all political seats in the 1923, 1928 and 1933 elections. However, their dominance was short-lived when the Nigerian Youth Movement (NYM) won the elections for the Lagos Council.

It was this political defeat that prompted Macaulay towards the bigger Nigerian picture.

Please read on Democracy and it's Characteristics here.

Together with Nnamdi Azikiwe (who had his own party at that time), he co-founded the National Council of Nigeria and the Cameroons (NCNC) in 1946, where he became its first president.

The focus of the NCNC was to gather all Nigerians from every zone so as to fight for their independence.

Please read on Attributes of Citizens and Residents here.

Macaulay was already in his early 80s by 1946 during which suffered acute rheumatism on a tour in Kano. He was later brought back to Lagos where he eventually died on May 7, 1946 at age 82. 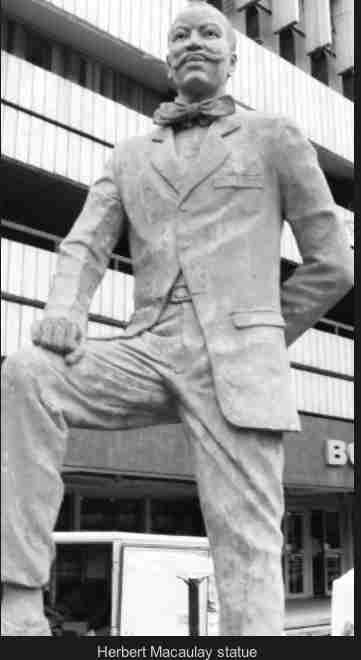 Below are some of the recognitions and achievements of Herbert Macaulay:

Herbert Macaulay in his time did the needful to achieve his goal. As a matter of fact, he was regarded by Obafemi Awolowo as:

He spent a greater part of his life fighting for the freedom of the people of Lagos.

Please read on the Types of Democracy here.

He worked for the unification and freedom of Nigerian people at the latter part of his life.

He understood and appreciated the rule of law, utilizing it against the colonial masters to a victorious end.

Albert Macaulay is generally considered to be the founder of Nigerian Nationalism.

As part of his many Honours, Albert Macaulay appeared on the Nigerian one Naira coin and one Naira note.

A major road was also named after him in Lagos, Nigeria.