Tennis: The game of tennis with dimensions

The following are postural defects except _____. 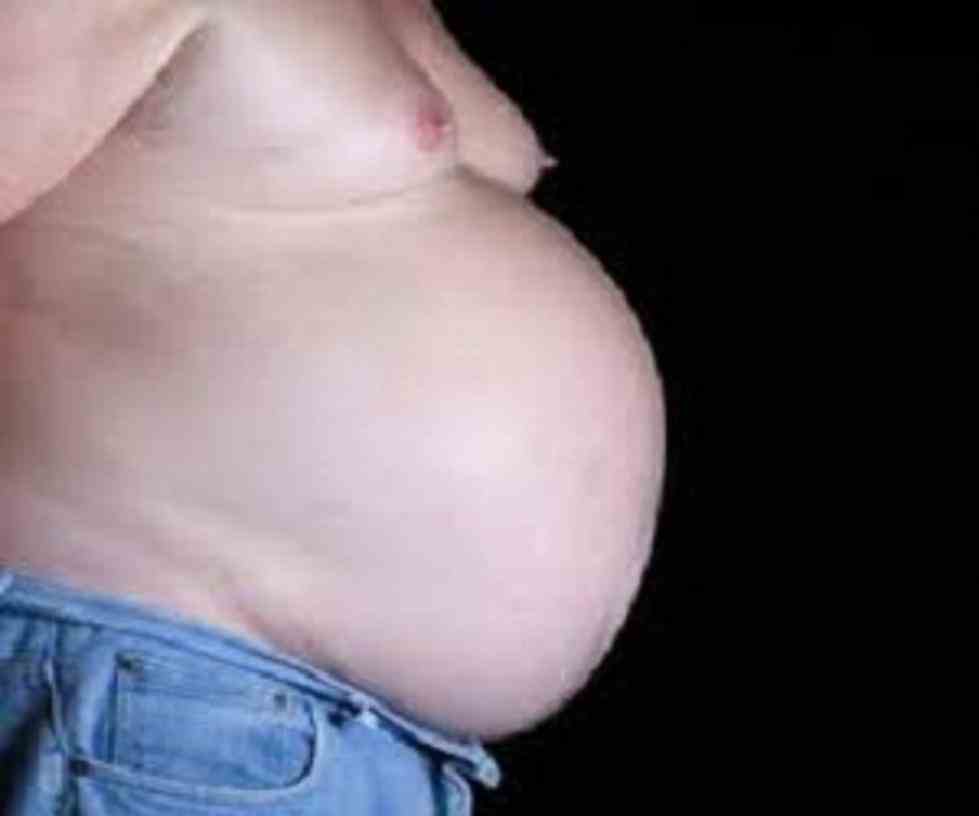 The above image (protruding abdomen) is not a postural defect.

The tennis grand slam tournament played on a grass court is the _____.

Which of the following sport personnels isn't a notable female tennis player? (The firstname had been abbreviated in the options below).

Which of the following isn't a measure to prevent domestic accidents?

Which of the following is false concerning domestic accidents?

Which of the following is not an effect of pollution?

The process of contaminating the atmosphere by introducing harmful and toxic substances into it is termed _____.

The game of tennis (formerly called lawn tennis) is said to have it's origin from France in the 14th century. Tennis was later played in America (USA) during the 19th century. Still within the 19th century, the game was further developed in England.

Tennis is played on a rectangular court with a net dividing it into two equal halves. It is shown in the image below: 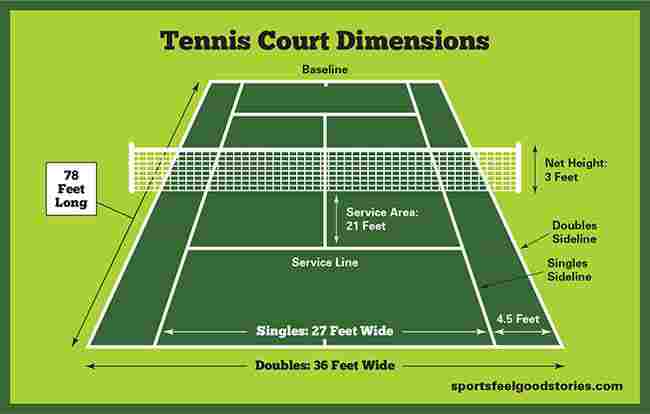 Two opposing players (called singles) or a pair of players on each side (termed doubles) play the game of tennis.

When played by a pair of players (doubles), the doubles may be mixed on either side (that is, a teammate comprising of a male and a female).


To play the game of tennis, the players make use of an oval shaped racket with a tightly crossed strings to strike a small round ball of fixed weight and size. 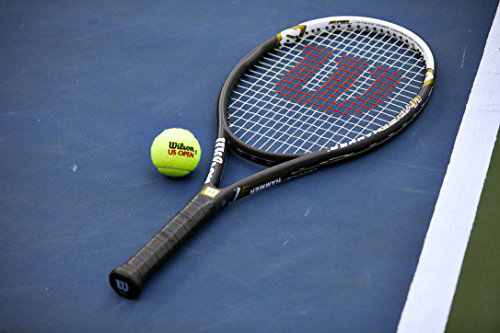 The player holds the racket on it's handle, enabling them to have a firm grip; while also attempting to tactically hit the ball over the net, into the playing margins of the opponent's landing half.

Note: A player gets point whenever the opponent fail to properly and correctly return the ball within the prescribed dimensions of the court.

Please read on the careers in physical and health education here.

Dimensions of a tennis court 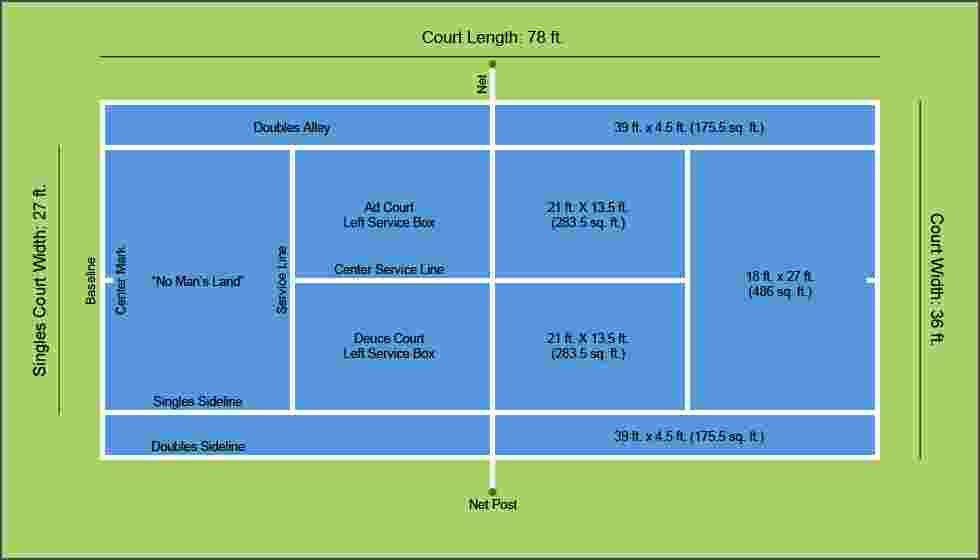 The size of the court may vary slightly depending on it's surface, but generally, it's full length is 78 feet while it's width is 27 feet. The length on either half of the court (separated by a net in it's center) is 39 feet.

Understand that there are free spaces around the aformentioned specified court dimensions. These spaces enable the players to move and run while attempting to return the ball.

Dimensions of the Net

The net is rigid and suspended by a metal cable with an height of 0.847cm on each sides.

The net runs across the center of the court, dividing it into two equal halves. 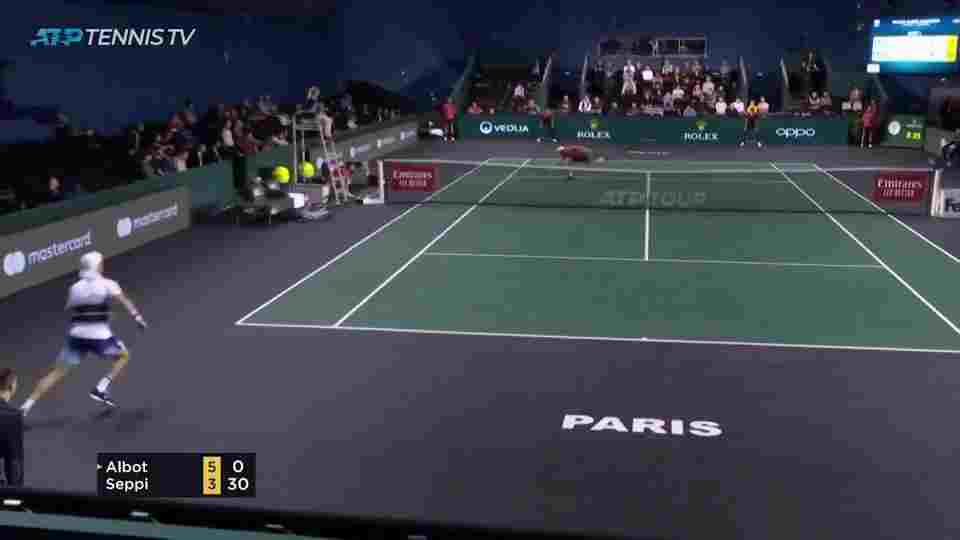 The tennis net measures 39 feet in width and has a height of 3 feet (for singles) and 3.5 feet (for doubles).

The dimensions of a tennis racket may vary but the maximum length of the tennis racket, including it's handle is 73.7cm. The overall width must not exceed 31.7cm.

The surface of the racket used in hitting the ball (that is; it's crossed strings) should not exceed 39.4cm in length and 29.2cm in width.

Boxing is a lucrative game. It is the only sport whereby neither the spectators nor the participants know the score through out the entire game. 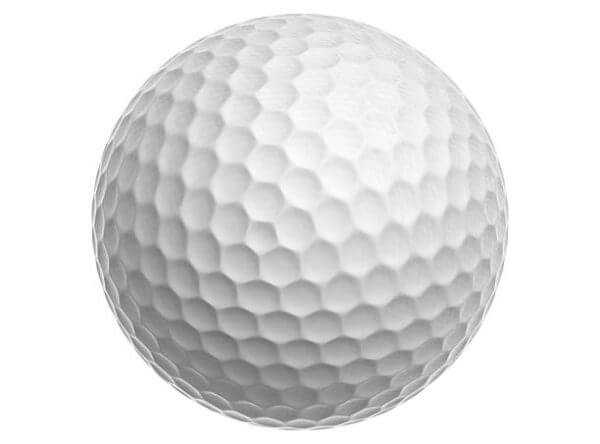 The holes or curved indents in a gulf ball are called dimples. A gulf ball has a total of 366 dimples.

The dimples on the gulf ball allows a thin layer of air to cling on the ball's surface; as a result, reducing drag and allowing the ball to travel a longer distance