Layers of the Atmosphere

The following are true concerning the gas planets except _____.

The following are characteristics of terrestrial planets except _____.

Planets can be classified under the following headings except _____.

The following are branches of physiography except _____.

Sedimentary rocks are formed from the following processes EXCEPT _____.

The following are examples of igneous rock EXCEPT _____.

Layers of the Atmosphere:

The atmosphere surrounding the earth is layered. Each layer has its own characteristics although the boundaries between them are not clearly defined.

Recall that the atmosphere is held close to earth by gravity and it consists of a mixture of gases, microscopic organisms and other tiny particles like dust.

Please read on the Composition of the Atmosphere here.

Please read on the Concept of Gravity here.

The image below shows the different layers of the atmosphere: 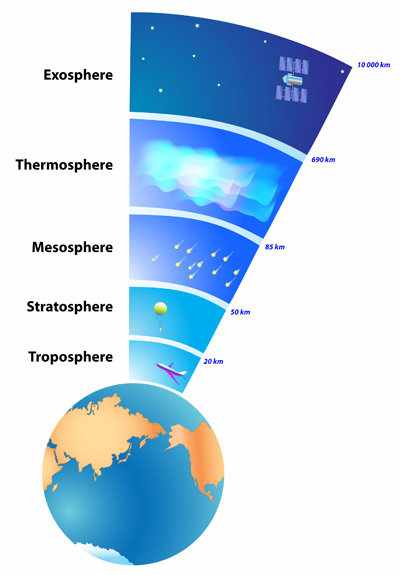 Beginning from the layer closest to the earth, the layers of the atmosphere are explained below:

Functionally, the troposphere is easily penetrated by the sun’s heat into earth's surface. It also prevents the escape of heat reflected from the ground of the earth into the outer space. This function of the troposphere is vital for the survival of earth's organisms.

Helicopters and Light Aircrafts will normally fly in the troposphere.

The troposphere also contains water vapour which makes it the point of weather development.

Please read on the Functions of the Atmosphere here.

Note: All human beings live on the surface of the earth.

The interface forming the boundary between two atmospheric layers are always named with a "pause" at its end; for instance;

These terms will be appropriately used throughout our explanations.

Due to the reduced atmospheric turbulence in this region, planes prefer to fly here.

Please read on Advantages and Disadvantages of Air Transport here.

Some of the oxygen's tri-atomic molecule (O3) termed ozone is present here.

Ozone prevents the harmful ultraviolet radiations from reaching the earth; and this is the concept of an ozone layer.

Note: The chemical chlorofluorocarbon (CFC) can bring about ozone depletion in this layer of the atmosphere.

Please read on Waste Management and Types of Waste here.

This layer begins from the stratopause at a height of 31 - 58 miles or 50 - 80 kilometers. It is characterized with the lowest of temperatures when compared to other layers of the atmosphere.

The largest amounts of clouds are also present in the mesosphere.

Note: Aircraft and Spacecraft do not fly within this region.

The thermosphere extends from the mesopause at a height of 50 - 440 miles or 80 - 700 kilometers. It is considered as the densest layer of the atmosphere.

The thermosphere comprise of the ionosphere, a layer that conducts electricity. The ions in the ionosphere are created from the particles of sunlight and those of the space.

Please read on the Concept of Ions and Electrolytes here.

Gases like hydrogen, helium and oxygen are found in the thermosphere.

Please read on Gases and their Characteristics here.

Some of the earth’s artificial satellite are found in this region of the atmosphere.

Australia is both a country and continent and it has the highest number of reptiles in the world. (Over 750 different species of reptiles)

Earth is the only planet that contains water on it's surface. In fact, the percentage of water on Earth is greater than that of land.

Salt water or Saline water makes up about 97% of Earth's water. It comprises majorly of ocean and sea waters 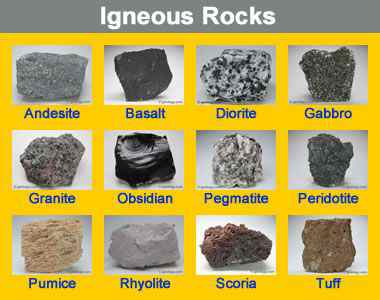 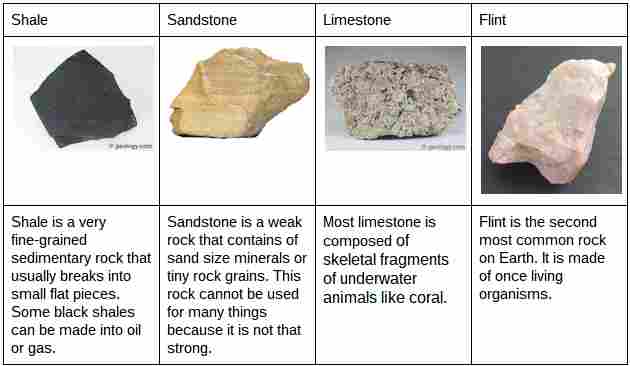 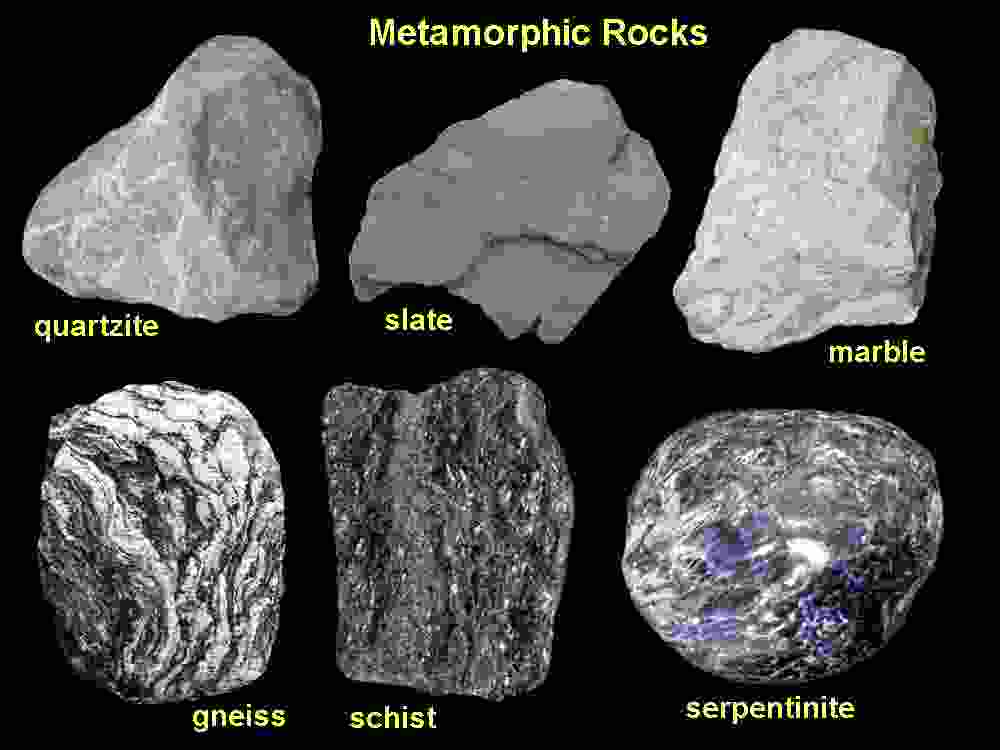 Metamorphic rocks are always more dense and also less likely to be broken down by erosion when compared to igneous and sedimentary rocks. They make up about 12% of the earth crust and can also be formed beneath the earth surface.