Gravity: What is Gravity?

The process whereby the velocity of an object increases and decreases over a period of time is best associated with the term _____.

Consider this expression below:

A body X exerts a force FX on another body Y. In return, body Y exert a force FY back on body X. The forces FX and FY are equal in magnitude but opposite in direction.

Putting the above expression into equation:

Where FX is the action force

FY is the reaction Force

The above expression relates to _____.

The tendency of a body to remain in a state of rest or in uniform motion is referred to as _____.

A change in the position of an object with reference to time is best described as _____.

The saying "what goes up on earth must come down" can be best attributed to _____.

We have _____ laws of Thermodynamics.

Gravity is a force of attraction. The exact reason why it’s pulling all things is yet to be ascertained by scientists.

Mass is defined as the quantity or amount of matter a body has.

Please read on the Concept of Matter here.

Please read on the Importance of Gravity here.

Please read on the Concepts of Force and Motion here.

Planes and jets leave the earth and remain in the atmosphere simply because force is constantly applied to it; and this force is always stronger than gravity throughout its flight.

Note: Gravity holds the air we breathe towards earth. As you move away from the earth, the air becomes thinner until it vanishes. This is why astronauts wear oxygen mask when they are in space.

You can read on the Layers of the Atmosphere here.

It is important to understand that gravity is not even (the same) all round the surface of the earth. It is slighter stronger on earth surfaces with a greater mass underground than those with lesser masses.

The gravity on earth has also got some impact on its satellites.

Think of a satellite as either a machine or moon or planet that revolves around a larger body.

The earth has got one natural satellite (that's the moon) and many artificial satellites.

Note: The earth is also a satellite because it revolves round the sun.

The earth's natural satellite (moon) constantly revolves around the earth because the earth draws it closer to itself via the force of gravity. Even the moon has its own force of gravity. In short, everything in the universe have got gravity acting on them and that’s why they are all held in space. This will include all the planets, the moon, sun, stars and other components of the solar system.

Note: The larger the size of an object, the greater it’s force of gravity. Gravity is therefore affected by the size and closeness of objects.

We can escape earth’s gravitation pull by travelling far away from the earth into space. Since the space is somewhat empty and has no gravity, we will end up floating in it; because nothing attracts (pull) us in space. For this reason, astronauts will float in space as a result of a condition termed weightlessness.

Weightlessness results from a lack of gravity.

Note: It is not compulsory that the force of gravity must pull everything into contacting themselves. It can also bring objects close and not necessarily into contact. For instance the moon, sun, stars and other planets of the solar system does not make contact with the earth; rather, they have varying proximity to it as a result of gravity.

Other planets have their moons and they revolve around them. This is also a result of gravity that exists between these planets and their respective moons.

The scientists Sir Isaac Newton and Albert Einstein have been credited for their insight and explanations on gravity.

Please read on the Basic and Fundamental Concepts of Physics here. 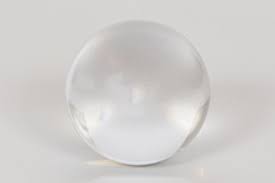 The fastest animal on land is Cheetah. It can reach a maximum speed of about 113km per hour.
Please read on motion, speed, velocity and acceeration here

The study of Thermodynamics revolves around the relationship between heat, temperature, energy and mechanical work; and these can be summarised under the 4 laws of Thermodynamics (Numbered zero through three).

You can read on the Food Chain here.

Fuses are present in many electrical devices. They are basically 🔥 fire-breakers 🔥

If there is a power surge, the fuse will break, preventing damage to the electrical devices. It will also prevent the incidence of 🔥 fire🔥 on/from such device.

Physics is one of the core sciences.

Physics is defined the scientific study of matter and the movement of matter through the space and time of the universe.

Understanding the basic and fundamental concepts of physics will help you better comprehend this subject. Below are some of the concepts: