The constitution can be put into various types based on the following headings:


1. A constitution can be written or unwritten.


A written constitution will contain a document or series of documents merged into a book.

The written constitution is enacted by a constituent assembly and can be amended based on the stipulation of the amendment process as defined in the constitution itself.

Meanwhile, understand that the constituent assembly that put forth the constitution will usually comprise of the legislative, executive and judicial arms of government.

Please read on the arms of government here.


Written constitutions are codified. This implies that the constitutional document reigns supreme in the land and can only be amended or judged by a constitutional court through the judiciary.

Countries like Nigeria, United States of America and France all utilizes a written constitution.


An unwritten constitution is uncodified, meaning that its foundation and evolution is based on historical laws and concepts on the countries in which they govern.

Unwritten constitution is not written into a book nor enacted by a constituent assembly. The people of the country know their constitution and have come to embrace it.


It is noteworthy to state that some parts of an unwritten constitution are actually written in a book. However, such books may not be considered to be a legal document.

The United Kingdom makes use of an unwritten constitution.

Please read on the concept of government here

2. A constitution can be flexible or inflexible (rigid).


The flexibility of a constitution determines the level of ease at which such constitution can be amended. For example, the constitution of Nigeria and United States of America are considered as inflexible (or rigid) since it can be quite difficult to make changes on it.


To amend a rigid constitution, the legislature will first need to pass the amendment bill, usually with the approval of 2/3rd majority of its constituent members.

The people of the nation may influence the passing of the amendment bill. As a result, the rigid constitution is often considered to reflect the will of the people.


Advantages of an inflexible constitution


Disadvantages of an inflexible constitution

A flexible constitution can be easily amended because it does not require complex procedures.


Advantages of a flexible constitution


Disadvantages of a flexible constitution

3. A constitution can be presidential, parliamentary, federal or unitary.

Meanwhile, understand that the president is neither a member of the judiciary, senate nor house of representative.

Please read on the characteristics of government here.

This type of constitution provides for the legislative competence under the central and state governments.


The unitary constitution is practiced by the United Kingdom. The nations involved are centrally governed.

At present, it appears to be shifting into the federal type of constitution because some power are gradually tilting into the hands of the other constituents’ nations of the United Kingdom which comprises of Wales, Northern Island and Scotland respectively. 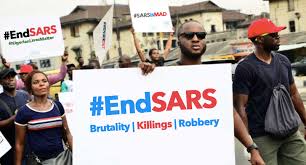